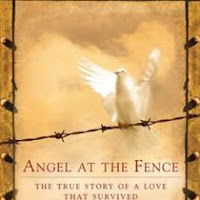 While putting together PEN America 8: Making Histories, we thought a lot about the way writers engage with historical fact. The smartest writers seemed to agree that narrative was never strictly factual-- that fiction creeps into any kind of storytelling. Maggie Nelson, for example, in her beautiful and brilliant memoir/book-of-poems Jane, confesses, “I don’t know what to say,” when asked by her father if the book will be “a figment of your imagination.”A now-scuttled book that had been planned for early next year brought these matters back to mind over the holiday: Herman Rosenblat’s Holocaust memoir, Angel at the Fence: The True Story of a Love That Survived, was cancelled by Berkley Books after Gabriel Sherman reported serious doubts about its veracity in The New Republic. In the memoir, Rosenblat told the story-- as he has many times before, on television and elsewhere-- of “his reunion with and marriage to the girl he says helped him survive the Holocaust by bringing him apples through the fence of Schlieben, a subdivision of the Buchenwald concentration camp.”In the commentary that followed, one of the more striking responses came from Professor Ken Waltzer, director of Michigan State University’s Jewish Studies program, who found the episode saddening in many ways, not least because of the picture Rosenblat’s story paints of the Holocaust. “Holocaust experience is not heartwarming, it is heart-rending,” Waltzer writes.That comment reminded me of Anya Ulinich’s story “The Nurse and the Novelist,” from PEN America 9: Checkpoints. As Anya told Maud Newton recently, the story satirizes “atrocity kitsch fiction”:

What’s appealing about atrocity kitsch is that there is always a strong hero. There is also a record keeper, a paper trail, an old love letter, an old key, what have you. At the end of the story, somebody becomes stronger…. The nurse character is a curmudgeon and a nut, and her grandmother’s history is a fine example of what happens to ordinary people come times of atrocity. The weak scramble to survive when they’re in a pickle. Their weaknesses come to the fore, betrayal goes unpunished, people would rather forget, ordinary life continues in utilitarian apartments.

I suspect that Anya has a kindred spirit in Aleksandar Hemon (whose conversation with Rabih Alameddine also appears in Checkpoints), judging from his most recent book, The Lazarus Project-- which addresses, in a similarly merciless fashion, more recent atrocities: the war in Bosnia, the torture at Abu Grhaib, human trafficking in Moldova. Hemon interweaves the narrator’s experiences with and reflections on these events with a fictional account of Lazarus Averbuch, a historical figure, and the victim of his own personal atrocity. Thinking of The Lazarus Project again (with some help from Anne Yoder’s post yesterday at The Millions), a point of contact appears between the purveyors of false memoirs and atrocity kitsch, respectively. Both groups of writers exploit the wishes of many readers to see redemption in the worst the world has to offer, rather than merely facing it for what it is. This is, perhaps, its own kind of lie, the kind that has nothing to do with historical fact.
Posted by David Haglund at 2:17 PM 2 comments:

The New York Times is reporting on the calls from PEN and others urging the Chinese government to release Liu Xiaobo, pictured left, “a 53-year-old literary critic who has directed the Independent Chinese PEN Center, a group of writers who advocate for broader free speech." He "was taken by security officers from his home on the night of Dec. 8 and has not been heard from since.”

More than 160 prominent writers, scholars and human rights advocates outside mainland China have signed an open letter to President Hu Jintao asking him to release.... Liu Xiaobo—one of the driving forces behind a bold manifesto demanding democratic reforms that has received worldwide attention.

Among the writers signing the letter are three Nobel laureates in literature—the South African novelist Nadine Gordimer, the Irish poet Seamus Heaney and Wole Soyinka, a Nigerian novelist—as well as other writers who regularly champion freedom of expression, including the Italian novelist Umberto Eco and Salman Rushdie.

You can read the letter here, and you can use this template provided by PEN to send your own letter to the Chinese president.

You can also now listen to the "Voices Against Torture" event from last week, and read writings on the subject from panelists Scott Horton, Elisa Massimino, Anouar Benmalek, and Jane Mayer.

Reminder: “Voices Against Torture” tomorrow at 6:30

Tomorrow evening, Dahlia Lithwick will moderate a panel of writers and lawyers on the roles that members of these two professions have played and continue to play in exposing human rights abuses and in reminding nations of their human rights responsibilities. Joining Dahlia will be

The panel will be hosted by PEN and the American Constitution Society for Law and Policy (ACS). The panel will begin promptly at 6:30 p.m on Tuesday, December 16th, and will end at 7:45 p.m., followed by a wine and cheese reception.

This event is free and open to the public. If you'd like to come, please register today.

On Friday, Michael Idov of New York magazine, spoiling for a literary feud, suggested that the excellent Anya Ulinich story we published in our latest issue might be “a barely disguised personal attack.” Anya then explained to Maud Newton that the target of her story is “atrocity kitsch fiction” and not one particular author. She cited the much-acclaimed movie The Lives of Others as a possible example of this genre; as it happens, A.O. Scott also tackled this subject recently from a film critic’s perspective. (By the way, Anya just won the Goldberg Prize for Jewish Fiction by Emerging Writers for her novel, Petropolis. The prize is given annually to an American fiction writer of exceptional talent and promise for a first or second book.)

So how should writers respond to atrocity? Next Tuesday, come discuss this subject with Dahlia Lithwick (legal correspondent for Slate), Jane Mayer (author of The Dark Side), Anouar Benmalek (author of The Lovers of Algeria), Scott Horton (law professor and contributor to Harper's), and Elisa Massimino (Executive Director of Human Rights First). “Voices Against Torture: Writers and Lawyers on the Way Forward” is hosted by PEN and ACS and will focus on the roles that lawyers and writers have played and continue to play in exposing human rights abuses and in reminding nations of their human rights responsibilities. The panel will begin promptly at 6:30 p.m and will end at 7:45 p.m., followed by a wine and cheese reception. This event is free and open to the public. If you'd like to come, please register today.

On a lighter note, PEN triumphed in a closely contested “Literary Trivia Smackdown” at the Small Press Book Fair yesterday, against litbloggers Levi Asher, Sarah Weinman, Ed Champion, and Eric Rosenfield. There was a dramatic finish, but, as Ed explains, former PEN president Arthur Miller nudged our team to victory. Clearly, Arthur Miller thinks that these litbloggers should all join PEN, and was just doing what he could to make this happen. (Unless, that is, they don't want to support free expression and writers who are imprisoned around the world.) Levi has some kind words both for us and for the Small Press Book Fair itself, which is now twenty-one years old.
Posted by David Haglund at 12:02 PM 1 comment: 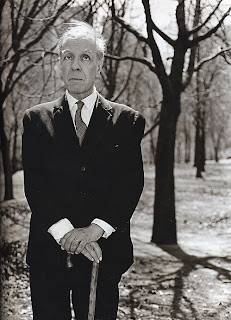 This Saturday and Sunday is the Small Press Book Fair in NYC at the lovely General Society building on West 44th Street. It closes with the “Literary Trivia Smackdown 2.0,” on Sunday at 4 pm, which was supposed to feature folks from the New York Review of Books, but, due to a scheduling conflict, will instead send staffers from a certain literary and human rights organization up against a fearsome group of literary bloggers: Levi Asher, Sarah Weinman, Ed Champion, and Eric Rosenfield. Come cheer us on against these daunting foes. Should be fun—especially since the gauntlet has already been thrown.“Gabriel Garcia Marquez from Colombia, Toni Morrison from the United States and Seamus Heaney from Ireland offered their support for the Aura Estrada Prize in memory of a Mexican writer who died in 2007 at age 30.” The prize was established by Aura’s husband, Francisco Goldman. (Via the Literary Saloon.)

Obama’s literary name-dropping grows ever more impressive. If you, too, must prepare for a meeting with Argentine President Cristina Fernandez, you can brush up on Borges and Cortázar by reading PEN America 4: Fact/Fiction, which features writing by both men, as well as PEN America 1: Classics, which features Paul Auster, Robert Stone, and others offering their thoughts on Borges. (Via A Different Stripe.)“The Curious Mind of Jeffrey Eugenides,” via The Millions. Eugenides talks to Daniel Kehlmann in our latest issue, which also features a witty piece from Kehlmann’s first novel, just published in English this month. And Eugenides reads Robert Walser in PEN's Year in Review, which also includes fiction by Etgar Keret and Horacio Castellanos Moya, poetry by Fady Joudah and Mahmoud Darwish, and much more.

(Photo of Borges by Diane Arbus.)
Posted by David Haglund at 3:04 PM 1 comment: