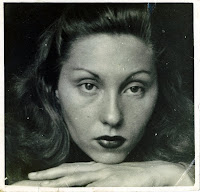 This week PEN American Center announced the creation of PEN Reads, an online reading group that will focus on books connected in some way with PEN’s mission—to protect free expression and promote international literary fellowship. The discussion will be built around short essays by writers, translators, scholars, and others, and participation will be open to anyone.

The short essays will be posted at www.PEN.org/PENReads, and readers will be able to comment on each post, participating in a conversation with the discussion’s contributors and with each other.

The first book chosen for PEN Reads is The Hour of the Star, a short, classic novel by the Brazilian writer Clarice Lispector, who lived from 1920 to 1977 (that’s her above, in Paris in 1947; photograph by Bluma Wainer). The book was translated from the Portuguese by Giovanni Pontiero. Here, in English, is how it begins:

You can read more here. And you can read an excerpt from Benjamin Moser’s biography of Spector (the NBCC Award-nominated Why This World) here.

Moser will be participating in the online discussion, which will be kicked off Tuesday, July 6 at noon with a contribution from the great Irish novelist Colm Tóibín.
Posted by David Haglund at 1:50 PM 1 comment:

Email ThisBlogThis!Share to TwitterShare to FacebookShare to Pinterest
Labels: Translation 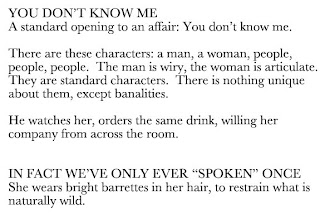 Our spring issue, Correspondences, has received some kind attention from some great websites—and one of its stories, or part of that story, has taken on a new and fantastic form online.
The blog Like Fire at Open Letters Monthly calls attention to the very smart and very funny short essay by Anya Ulinich (whose very smart and very funny story “The Nurse and the Novelist” was published in PEN America 9). That essay is part of the Correspondences forum, which you can still contribute to yourself.
Also part of that forum: Sam Lipsyte’s letter to Barry Hannah, mentioned here previously and praised by the blog of American Short Fiction, along with the rest of the issue.
The email exchange between Jonathan Lethem and David Gates, also mentioned here before, was highlighted by the Book Bench blog run by The New Yorker and was called “absolutely wonderful” by The Rumpus.
(Update: GQ spotlighted the Lethem/Gates exchange as well.)
Finally, part of the story in the issue by Lily Hoang, “Sonata for a Ragdoll Without Eyes,” which is not available online—and which, appropriately for our Correspondences issue, is based on a letter Lily found—has been beautifully adapted for the web here, here, and here by W5RAn. (That’s the opening to the story above.)
Posted by David Haglund at 12:03 PM 1 comment: