Cynthia Ozick’s essay “Ghost Writers,” which was published in PEN America 9: Checkpoints, is in the new edition of Best American Essays.

José Rubén Zamora’s description of a raid on his house by the Guatemalan military, published in PEN America 10: Fear Itself, is in the new issue of The Utne Reader.

Over at The Reading Experience, Daniel Green is disappointed by the new Tin House anthology, but praises the contribution of Lucy Corin (“the only essay in this book that makes it worth having”), whose “Seven Small Apocalypses” ran in PEN America 10: Fear Itself.

Lynne Tillman, whose contribution to our forum on “make believe” has just gone online, is interviewed at The Millions.

Rabih Alameddine, whose contribution to our forum on “make believe” I mentioned on Monday, writes about The Twilight Zone, V.S. Naipaul, and creativity for The Rumpus.

On November 9, Mary Gaitskill—who contributed to the forum in PEN America 3: Tribes—will join Eric Bogosian, John Turturro, and others at the second annual benefit reading for the PEN Prison Writing Program. As an installment of WNYC’s signature series “The NEXT New York Conversation,” this event will be broadcast and live-streamed, allowing incarcerated men and women with radio and/or internet access to listen to the event and join our audience. More details here.

Bearing Witness in Chechnya: The Legacy of Natalia Estemirova

Free and open to the public
Posted by David Haglund at 2:04 PM No comments:

“Imagine a book you wish had been written...”

Second: As I mentioned before, we asked a bunch of writers to imagine books they wished had been written, either by themselves or by others, living or dead, real or imaginary. Alternatively, they could tell us something they believed about books and their power (or lack of it).

Aleksandar Hemon said, “If I could imagine it, I could write it,” but acknowledged that he wished he had “written Lolita, or at least ‘Spring in Fialta.’ A few of Chekhov’s stories too.” He added that “Literature—books—provide access to the areas of human knowledge that are not available otherwise. Therefore,” he said, “I am interested exclusively in the things that literature alone can do.”

Rabih Alameddine, whose conversation with Hemon ran in PEN America 9: Checkpoints, was one of several contributors who got to thinking about a beloved author whose writing life was cut short:

I wish Bruno Schulz had written a third book, or a fourth. Maybe he did and it got lost. No one knows for sure. Many writers have died before their time, but because of the horrific manner in which he was killed, and the genius of the two books he left us, I never cease to wonder what could have been. Imagine.

Schulz is a major presence in PEN America 5: Silences, which includes excerpts from his Sanatorium Under the Sign of the Hourglass, David Grossman’s See Under: Love, and Jerzy Ficowski’s “biographical portrait” of Schulz, along with a conversation between Alan Adelson and Henryk concerning the author. (Grossman paid tribute to Schulz at the World Voices festival—and in the pages of The New Yorker—in the spring. One of Schulz’s self-portraits is reproduced above.)

So what books do you wish existed? Tell us here.
Posted by David Haglund at 1:16 PM No comments:

This year, PEN partnered with the long-standing O. Henry Prize, which annually selects twenty of the year’s best stories written in English. The latest edition of the anthology includes stories by Junot Díaz, Nadine Gordimer, Ha Jin, and many other excellent writers.

While supplies last, we are giving copies of The PEN/O. Henry Prize Stories 2009 to all new PEN America subscribers. A one-year subscription is just $18, and you can subscribe online at www.pen.org/subscribe.

Subscriptions begin with our brand new issue #11, Make Believe, which we’re celebrating on Monday in New York City. Paul Auster and Roxana Robinson will read short selections from the issue, and several other contributors—including Saïd Sayrafiezadeh, Cynthia Cruz, and Lynne Tillman—will also be there. The event is free and open to the public. Details below.

With Paul Auster, Roxana Robinson, and other special guests

Free and open to the public
Posted by David Haglund at 4:39 PM No comments:

Faith and fiction: ‘must believe’ vs. ‘make believe’? 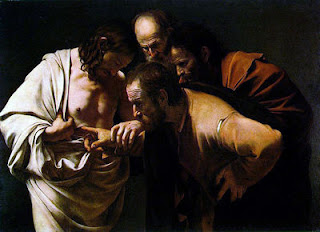 One of the inspirations for PEN America 11: Make Believe was a conversation from the 2009 World Voices Festival moderated by Albert Mobilio of Bookforum and called “Faith and Fiction.” “If we think of fiction as ‘make believe’ and religion as ‘must believe,’” Albert asks, “how might novelists reconcile the ambiguities and uncertainties of their craft with an attempt to express or characterize religious faith?”

The question yields a number of interesting thoughts from panelists Benjamin Anastas, Nadeem Aslam, Brian Evenson, and Jan Kjærstad. Anastas says that while some novelists may be “heretics from belief,” a believer is “a heretic from reality.” Evenson says, echoing Kjærstad, that it’s his job, as a fiction writer, “to be profane, to disrupt or work against the sacred in some way.” All the panelists discuss, at length, the differences and similarities between literature and scripture.

You can read a part of the conversation here (for the whole thing, you need to buy the issue); you can also listen to it.

The conversation is preceded in the issue by a wonderful new short story by Evenson, which, though it doesn’t address religion, is very much concerned with fiction and belief (and which is available online). It’s a subject to which Evenson has given much thought, having been more or less forced out of Brigham Young University, the Mormon school where he was teaching, because of his fiction. Evenson was a practicing Mormon at the time, but what happened at BYU precipitated his later deparature from the church—and religious faith—entirely. (You can read all about what happened in this 2003 Believer essay by Ben Ehrenreich—and you should also check out Evenson’s novel The Open Curtain, begun while he was a believer and finished when he was not.)

There are three other pieces from the issue that both address religious belief and have been made available online: a story adapted from Sigrid Nunez’s novel Salvation City, forthcoming from Riverhead next year, entitled "Rapture Children”; Chimamanda Ngozi Adichie’s brief remembrance of a Catholic priest named Father Chinedu; and an excerpt from Khaled al-Berry’s memoir, Life is More Beautiful Than Paradise, forthcoming in English later this year.

You might also check out Benjamin Anastas’s essay on this very subject for Bookforum; a long excerpt from Jan Kjærstad’s novel The Discoverer, newly available in English from Open Letter; Nadeem Aslam’s discussion of Islam in relation to his second novel, Maps for Lost Lovers; and a list of good books on doubt from Maud Newton, from which the image above, Caravaggio’s The Incredulity of Saint Thomas, was taken.
Posted by David Haglund at 3:44 PM No comments: 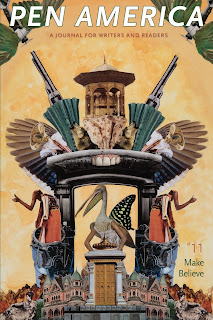 The online feature for PEN America 11: Make Believe is now online at PEN.org. The new issue focuses on the question of belief in various forms—religious faith, political commitment, the “willing suspension of disbelief,” and more.

Several pieces from the issue are available online, and I’ll have more about them soon. For now, I want to point your attention to the forum. We sent a number of writers the following prompt:

1 Imagine a book you wish had been written, either by yourself or by someone else, living or dead, real or imaginary;

2 Tell us something you believe about books—their power or lack of it, how they change the world or don’t, what they’ve done for you or failed to do.

We published seventeen responses in the issue, and we’ll be posting those at PEN.org over the next few weeks (the first two up are by Terese Svoboda and Amitava Kumar). We’re also looking for your responses. So have a look.

And while you’re there, you can read some haunting fiction, brilliant poems, insightful conversations, and more.

The cover art, by the way, is by the young artist Tyler Bewley.

Check it out. And order your copy! Better yet, subscribe.
Posted by David Haglund at 11:57 AM No comments:

Regular blogging will resume here later this month, with news about PEN America 11, our contributors appearing elsewhere, and other items of note. In the meantime, an update concerning “Reckoning with Torture: Memos & Testimonies from the 'War on Terror',” taking place Tuesday, October 13, at 7 pm, at the Great Hall at Cooper Union in New York City.

Jonathan Ames, K. Anthony Appiah, Ishmael Beah, David Cole, Nell Freudenberger, A.M. Homes, Susanna Moore, and George Saunders have joined the roster of readers that already included Matthew Alexander, Paul Auster, Don DeLillo, Eve Ensler, Jameel Jaffer, Jack Rice, Art Spiegelman, and Amrit Singh. They will read together and separately a variety of documents attesting to acts of torture committed on behalf of the U.S. government since 9/11. The evening will also feature three short videos and a special installation by the artist Jenny Holzer, whose work you can see here and here.

We hope you’ll join us. Tickets are available here (and at the door), and full details are below.

Tickets: $15/$10 for PEN/ACLU Members and students with valid ID at www.smarttix.com. Tickets may also be purchased at the door.
Posted by David Haglund at 2:32 PM No comments: