Human Rights Day 2009: the Good, the Bad, and the Hopeful

Most of us tend to measure a year's passage by our birthdays, but in the human rights world, each year is marked and measured by December 10: International Human Rights Day, the anniversary of the birth of the Declaration of Human Rights. Each December 10 has meaning, of course, but 2009 is particularly poignant.

We've witnessed the murders of more writers, journalists, and human rights defenders than we'd ever want to count this year, including Natalia Estemirova, the courageous Chechen activist who was abducted outside her home in Grozny and murdered on July 15.

We've also witnessed the mass arrests of writers and scholars in places like Iran, which responded to popular protests over this year’s election results by handing out outrageous sentences to people like Kian Tajbakhsh, who is now serving 15 years in jail. 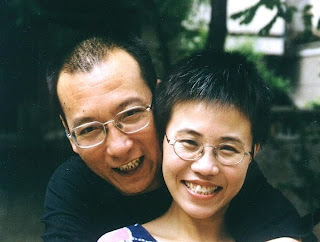 And we've witnessed countries blatantly defying their own laws, such as in China's arrest and detention of our own PEN colleague, Liu Xiaobo, who is now spending his second Human Rights Day in silence.

Just two days ago, on the anniversary of his detention, Beijing police handed over Liu's case to the prosecution, which means that he may now be tried for "inciting subversion of state power" within the next month and a half. If convicted, he could face up to 15 years in prison.

In a statement PEN American Center released along with the Independent Chinese PEN Center (ICPC), of which Liu is a former president, Tienchi Liao, ICPC's newly-elected leader, said:

“In order to protect their right to freedom of expression, our brave colleagues are willing to risk their physical freedom. But the authorities cannot put all people who want to express their own thoughts into prison. We are too many.”

And herein lies the good of this story, this troubling year of deaths and arrests and long sentences: people around the world are standing up even straighter, even taller, for their own rights, and are linking arms to protect and fight for the rights of others.

Liu Xiaobo's colleagues, who joined with him last year in signing Charter 08, today released another open letter supporting him. In it, the signatories challenged authorities to arrest all of them as well, for signing this groundbreaking declaration, for sharing the same ideas, for invoking their right to freedom of expression, guaranteed by their own constitution.

And so here at PEN in New York, we are commemorating Human Rights Day by paying tribute to all these brave men and women, in China and all over the world, who are using their pens, using their voices, to stand up for human rights, regardless of the consequences. We stand with them, we stand behind them, and we will continue to fight for them until all our pens, our voices, are free.

As of this morning, at great personal risk, 164 of the original 303 signatories of Charter 08 had added their names to the open letter, entitled "We Are Willing to Share Responsibility with Liu Xiaobo."

JOIN US in taking action for Liu Xiaobo: >> Send a letter to the Chinese government.


photo of Liu Xiaobo and his wife, Liu Xia, courtesy of the Independent Chinese PEN Center.

Posted by Sarah Hoffman at 1:43 PM